Clear Channel connects digital screens in the underground with Stockholm’s underground music scene, in an attempt to push small bands into the light.

In 2019 a number of classic music venues in Stockholm have been shut down for good, creating public outcry and massive media attention. Since Clear Channel, in the Metro alone, can reach one million people every day, it provides us with a unique opportunity to use their technology and infrastructure to find new ways of interacting with the public.

In a digital outdoor effort, labeled Stockholm Underground, we aimed to focus on the positive and steer Stockholmers towards new live music experiences.

Developing the campaign, we created a database of upcoming live-shows from unsigned local bands. As a gig drew near, the GPS-coordinates of the venue triggered the 100 closest digital screens – creating an invitation to drop in and discover something new.

Apart from aggregating data from sites, blogs and Facebook-Events, the campaign also held an open invitation for bands to add their own gig-dates – giving even the smallest act a chance to make a big impact.

The first-of-its-kind initiative used data sources such as time, location, noise levels, streaming statistics as triggers so that when live music was taking place, Clear Channel’ digital billboards directed one to the nearest show.

The campaign was an instant success and generated media attention in both national and international media. It helped Clear Channel to prove that their unique technology and infrastructure can be used to make a real difference in the cities where they operate. But more importantly, Stockholm Underground was a way to show the people of Stockholm that the music scene isn’t completely shut down after all. As long as you keep your eyes open. 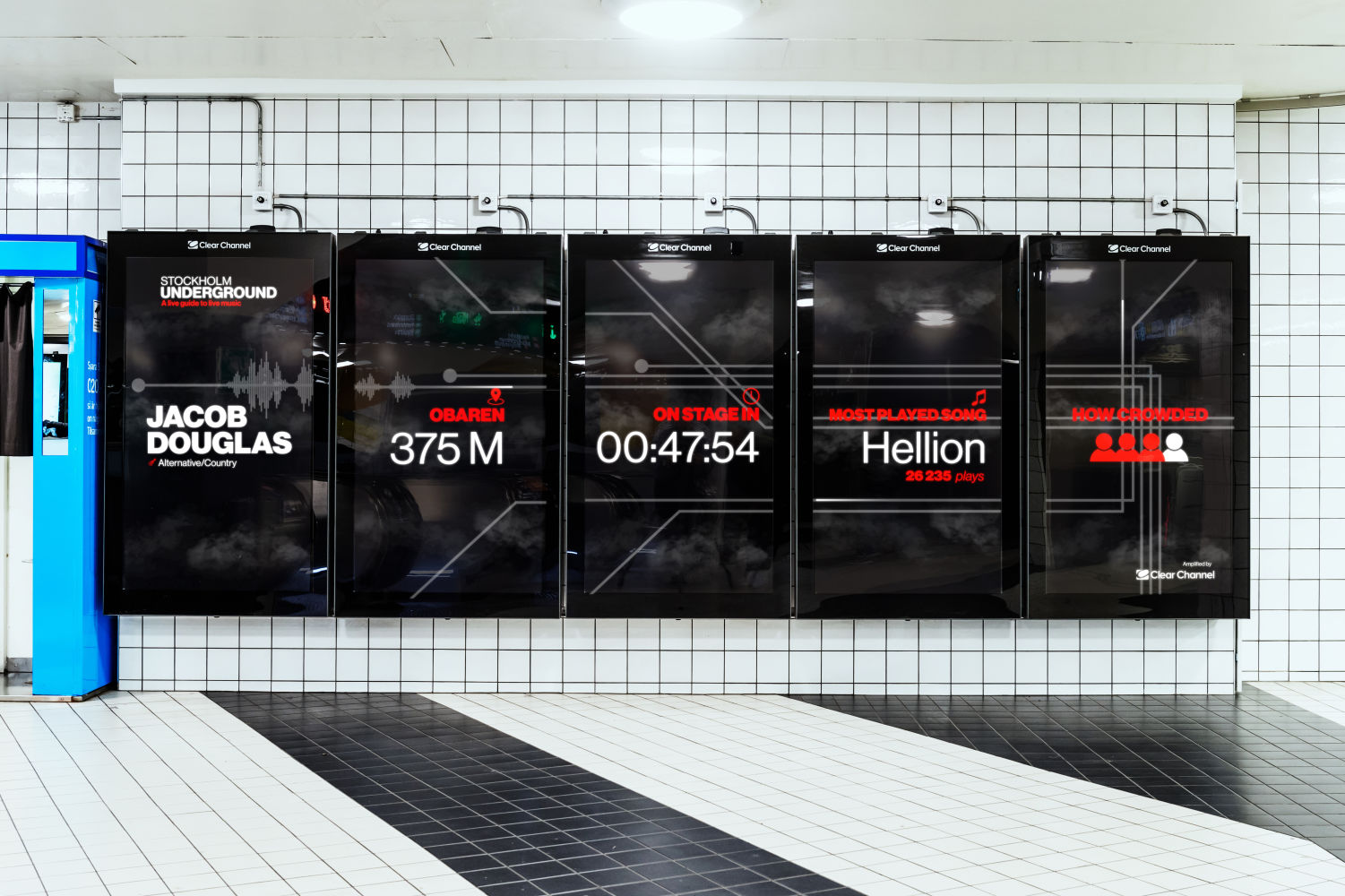 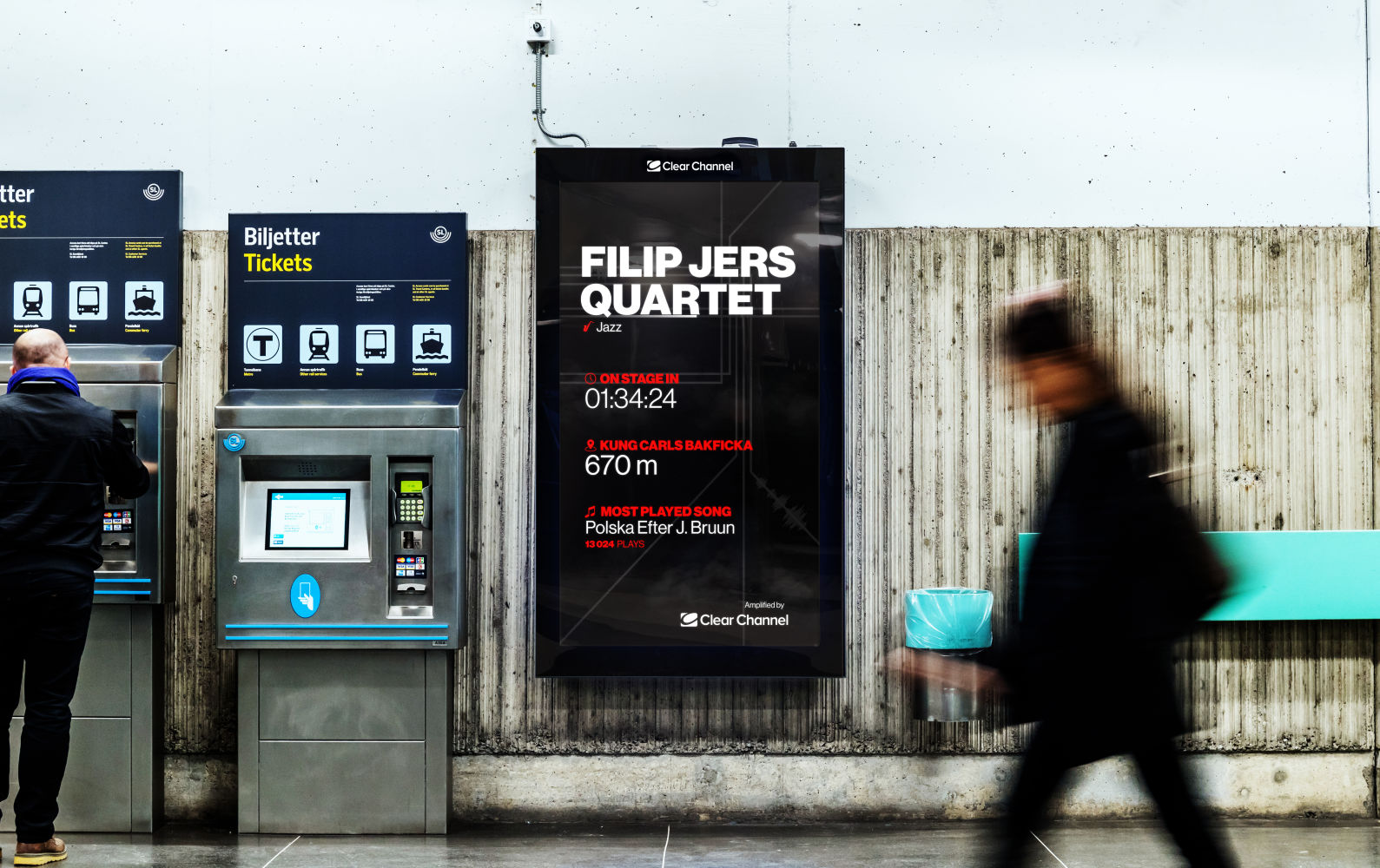 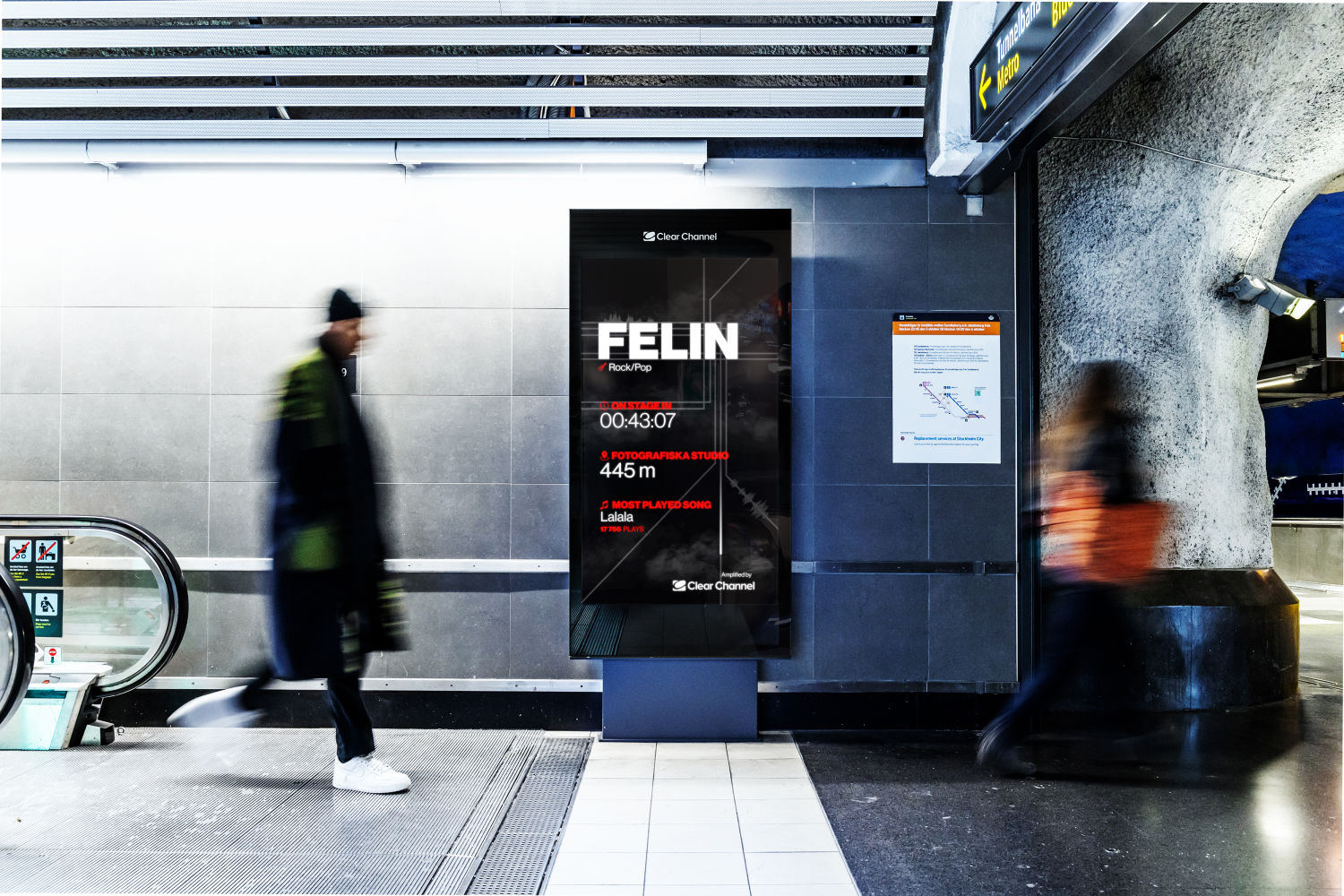 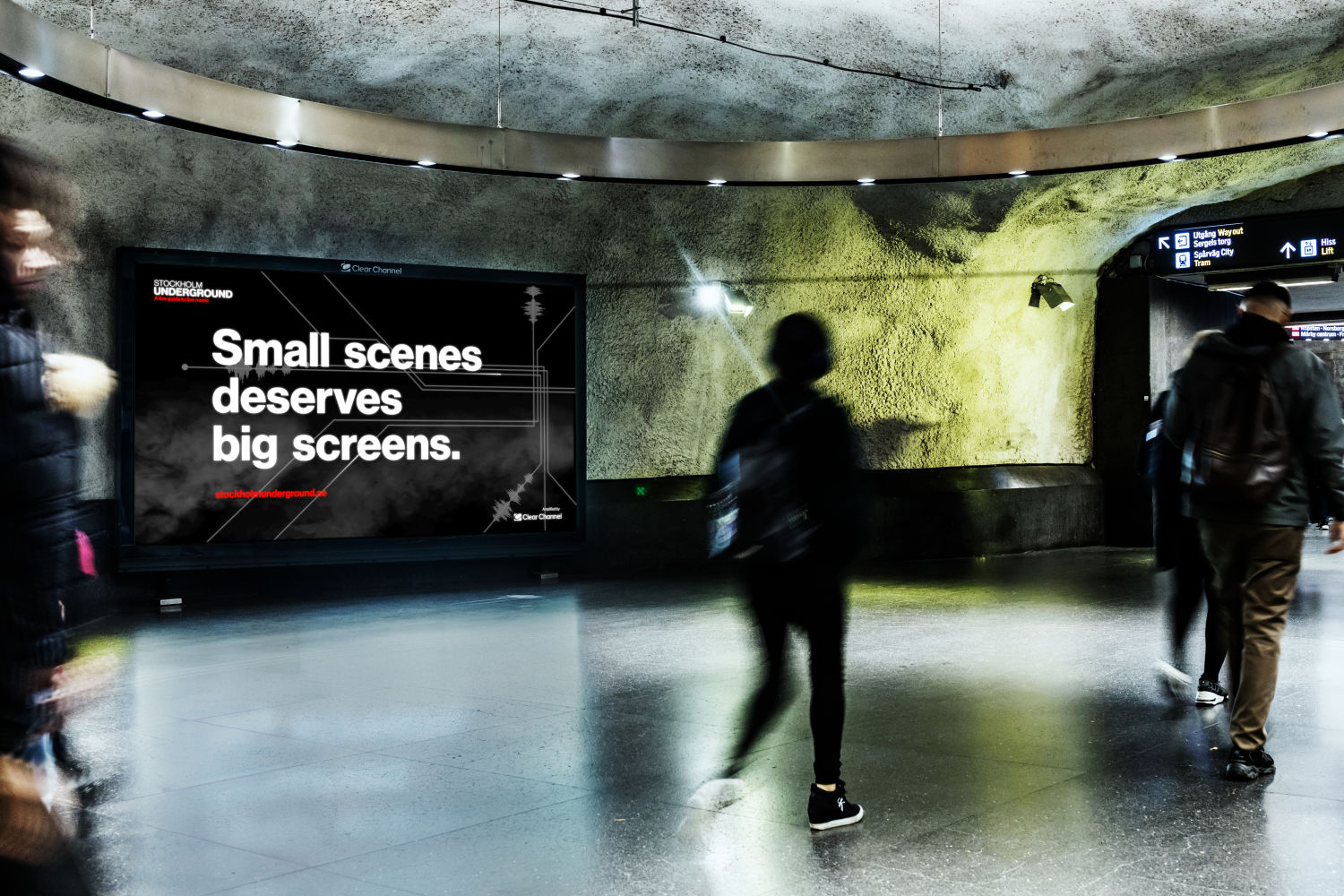