A distress signal on behalf of Teodora Vasquez.

In El Salvador, any form of abortion is prohibited. Teodora Vasquez was sentenced to 30 years in prison after suffering a stillbirth. She had spent 10 years in jail and Amnesty International had tried several petition campaigns without any luck. How could we help set Teodora free, while simultaneously creating awareness of the situation in El Salvador? No one was listening and the media's attention was focused on other stories, not this human rights case that was a nearly a decade old. 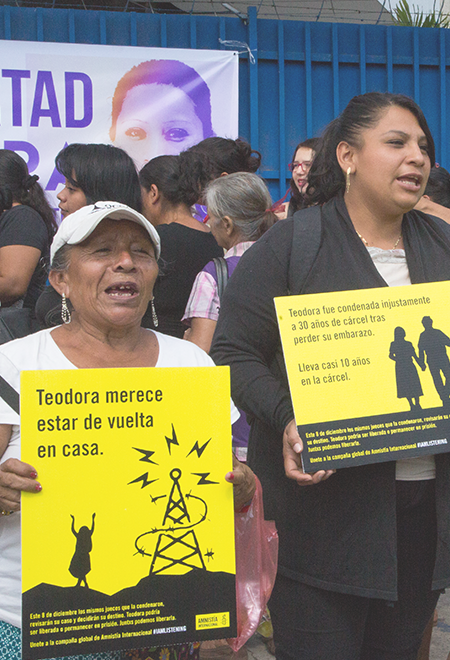 We wanted to make a distress signal on behalf of Teodora Vasquez. When every national newspaper was talking about Norway being the first country in the world to shut down its FM radio network, we decided to hijack the network – and the conversation – to broadcast the first distress signal on the FM-band since the Second World War.

What started as a national campaign became a global phenomenon. The distress signal spread to over 90 countries and was picked up by international media organizations. In only 4 days the distress signal had reached El Salvador, showing the decision-makers that people were listening in from all over the world. Radio stations donated airtime and reached over 2,5 billion people. On February 15, 2018 Teodora was released from prison. Since then, one additional woman has been released and the strict Salvadoran abortion law is now up for review.